The organisers of Liverpool’s Africa Oyé have called upon local investors and the people of Liverpool to help keep the festival free.

The event has been free entry since the first ever edition in 1992 when it began as a series of shows across city centre venues in Liverpool. 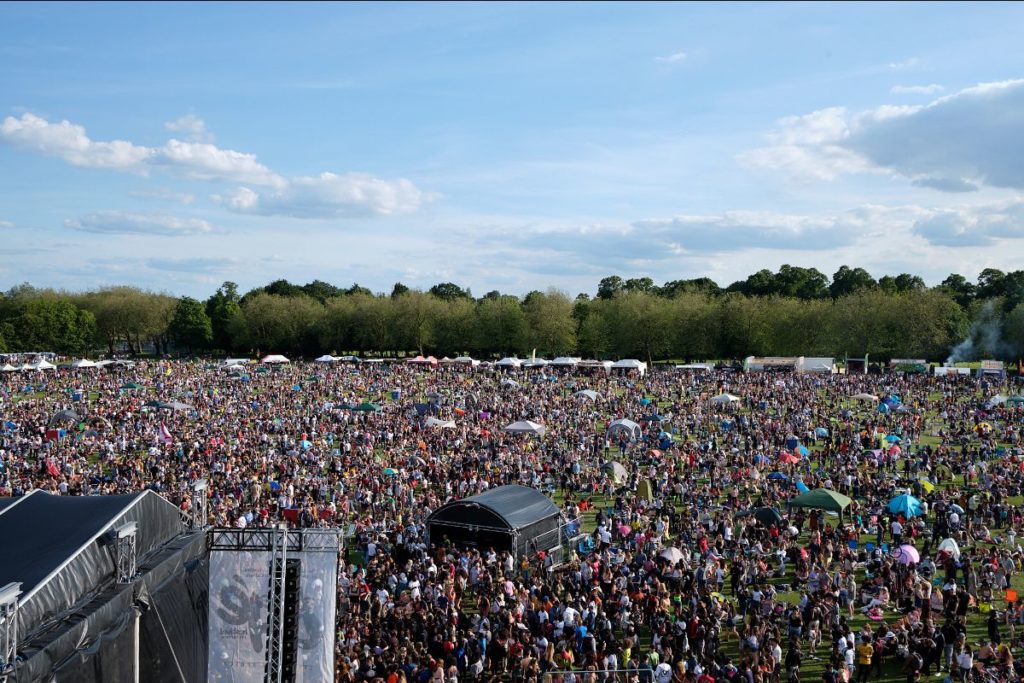 It has since showcased the finest in African and Caribbean music in Concert Square, Princes Park and even across the water in Birkenhead, before it made Sefton Park its home in 2005, where it has since taken place annually every June.

Recent years have seen the popularity of the festival soar, attracting a footfall of 80,000 people in its record breaking year in 2017.

The infrastructure costs that come with the increased audience numbers – added security, medical staff, and toilets to name just a few – have been a constant challenge year on year.

“It’s something we’ve said many times before but it still rings true; Oyé is a victim of its own success. Our audience went up by thousands over a relatively short period of time. We’re grateful for the support we receive from Arts Council England and Liverpool City Council, but unfortunately due to rising costs, we need more support to keep the festival free.” says Oyé’s Artistic Director, Paul Duhaney.

“We’ve been able to increase the capacity for trading pitches on the site and expand our merchandise and bar revenue, but it’s still incredibly challenging to make up the difference needed with self-generated income as a free festival.”

Oyé – a registered charity – has set up an online donations button on its website which can be found on the homepage at africaoye.com as well as a ‘Friends of Oyé’ scheme for those who are able to contribute a bit more on an annual basis.

“Even if it’s just a couple of quid that people can spare – we really appreciate everyone’s donations” continued Paul. “They’re going to be vital going forward if we want to keep the event free and open to all and at the same level of quality we’re producing now.”

Local investors are also invited to sponsor different elements of the festival, with the Access Facilities, On-Stage British Sign Language Interpreters, Oyé Active Zone Workshops, and the Main Stage itself all options for private sponsorship by businesses or individuals.

Paul explained, “I think people look at the size of the event we put on each year and assume there’s a massive team of people behind it, when the reality is we have one full-time member of staff and just a handful of part-timers working throughout the year to make this happen.”

“We also deliver workshops to schools and youth groups and co-promote other cultural events that fit within Oyé’s remit. All hugely important for our mission to promote the music and culture of Africa and the Diaspora to new audiences, but not exactly huge money spinners that the festival can survive on.

“We’re putting a call out to any individuals and businesses who can make sure Liverpool retains this one-of-a-kind festival as a free event. We’ve been told so many times that we’re the ‘People’s Festival’ and we were delighted to win the ‘People’s Choice Award’ at the inaugural Liverpool City Region Culture & Creativity Awards last year. Our weekend was even called ‘Christmas for Scousers’ by one national journalist! It would be a real shame if we had no other option but to start charging for tickets or if we had to downscale the event to something a lot smaller.”

For more information on investing and sponsoring the festival, please email info@africaoye.com for an Information Pack. To donate any amount – no matter how small – please visit africaoye.com and click on the ‘Paypal’ button at the top of the homepage.

OTHER WAYS TO HELP KEEP OYÉ FREE ALL YEAR ROUND

– Buy official Oyé merchandise online or at the festival
– Volunteer at the festival
– Online shopping on Amazon? Do so via smile.amazon.co.uk and pick Africa Oyé as your chosen charity!
– Donate via the Paypal button on the africaoye.com homepage
– Become a ‘Friend of Oyé‘

If we all do just one of these things, it’ll be a great step towards keeping Oyé alive and well for years to come. We are a registered charity and as such, all proceeds are reinvested into the organisation.