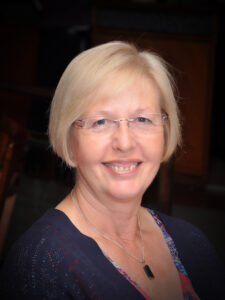 However, Jean will now become our first Patron of TIDE. This role will allow her to continue to champion the work of TIDE and give a voice to carers of people with dementia across the UK.

Jean has played a pivotal role in Life Story Network

Working in health and social care, initially as an occupational therapist and senior manager at local and regional levels, Jean has also been a dedicated volunteer for most of her adult life. She has been committed to the ethos of giving back, and connecting with her community. After her father was diagnosed with dementia in the early 2000’s, she witnessed first-hand the need for recognition of carers of those who had been diagnosed with dementia. Jean was determined to use her professional skills, network of contacts, and personal experience to make a difference to those who were caring for someone with dementia.

Jean first became aware of the power of life stories as a judge on an awards evening. She created with her father, his own life story. She saw the power of compiling a life story to help people with dementia share who they are, convey important information about themselves, and help enhance their sense of identity. From there on, Jean was committed to life story work for the prime benefit of the person with dementia, the carers, and for professionals.

It was clear there was a demand for a national network to promote life story work and share practice. Funding was found, leading to the launch of the Life Story Network at the Royal Armories in Leeds in February of 2010. Life Story Network began.

Jean’s role as chair has enabled TIDE to flourish, as demonstrated by her Lifetime Achievement Award in Dementia Care in November 2018. One judge commented, “Jean is a natural networker, driven by helping and empowering people to have a voice. She has demonstrated that where individuals have brought to her their experiences, she has been able to develop resources to share with and benefit many. A passionate advocate for improving the life of people living with dementia and their carers”.

TIDE thanks Jean for her tenacity and hard work in her role as chair. Her colleagues look forward to continuing their relationship with her, and benefitting from her wise advice in her new role as patron.