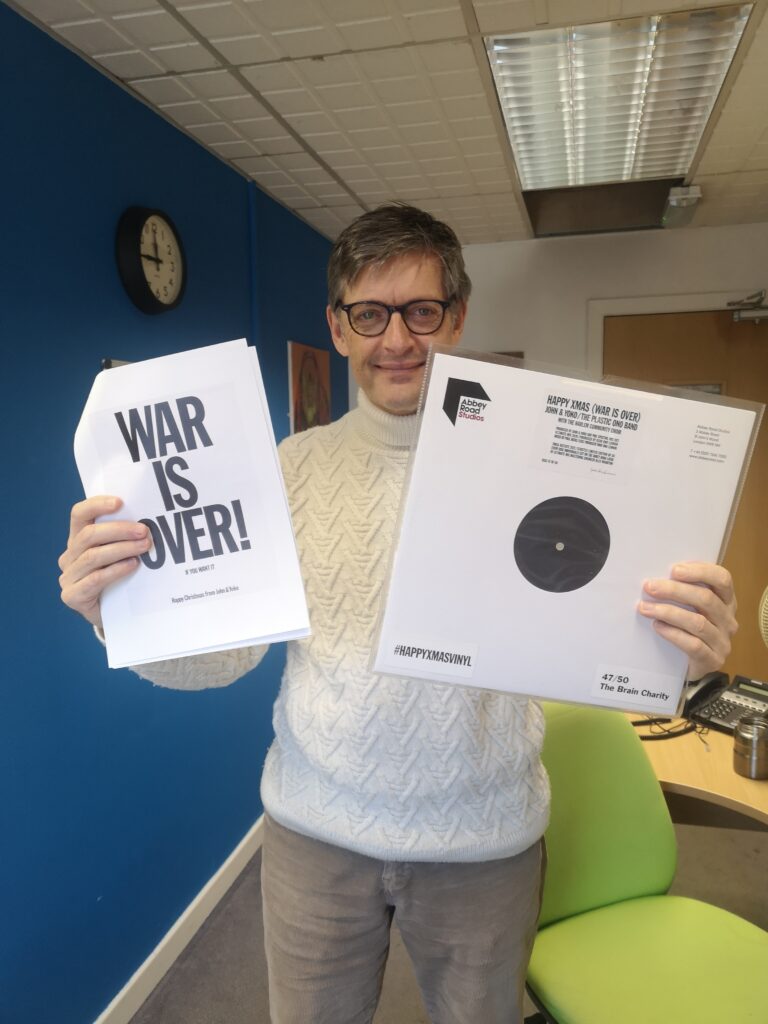 A Liverpool charity has been left gobsmacked by receiving a surprise Christmas gift from Yoko Ono. Staff at The Brain Charity were bowled over after receiving an extremely rare and collectable limited edition vinyl acetate of John Lennon & Yoko Ono’s iconic single ‘Happy Xmas (War is Over)’ in the mail (Dec 2) – completely out of the blue.

25 of the rare vinyl acetates – potentially worth thousands – have been gifted to UK charities working with music as a Christmas gift for them to raise funds. The Brain Charity believe their Music Makes Us! project for people living with dementia and strong connection with Liverpool, being headquartered in the city centre, must have caught Yoko and son Sean Ono Lennon’s eye.

There was a personal note accompanying the record from Sean, which read: “Happy Xmas. This is one of only fifty Limited Edition acetates hand-cut at Abbey Road, it’s yours – to sell, auction, raise money to help your business or your favourite charity or to fund your Xmas party – to spread Xmas cheer.

“We’d love to see the journey these acetates take, and the goodwill that they spread.” 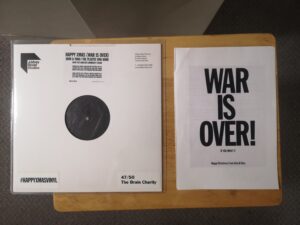 Nanette Mellor, CEO of The Brain Charity, said: “We feel absolutely bowled over by this astonishingly generous surprise Christmas gift from Yoko and Sean.

“The recognition that they thought about us in Liverpool and at this time of year, when our clients really need us, was unbelievable. It’s such a lovely gesture to be recognised by a family who are globally iconic.

“We are all hugely moved. Any funds raised from the sale of this incredible item will be absolutely needed right now as our clients with neurological conditions do really struggle at this time of year.”

The one-sided 12” acetate has been hand-cut on the lathe at the legendary Abbey Road Studios. There are just 50 in total, with the 25 others to be sold at independent record stores across the UK. Each edition is stickered and numbered out of 50 and includes a machine-printed signature from Yoko, making them incredibly collectable.

Originally released in December 1971 ‘Happy Xmas (War is Over)’ has evolved to become an iconic global Christmas classic and is now one of the most played and popular Christmas songs of all time. The Brain Charity has now informed us that the record has now been sold for £5000!

The Brain Charity launched their Sixmas campaign earlier this month to raise £60,000 for urgent mental health support for the 1 in 6 people left out in the cold to deal with their neurological condition alone.