The Liverpool charity behind the new Nelson Mandela memorial in Princes Park has launched a crowdfunder to provide emergency food and hygiene parcels to the most vulnerable and elderly in our communities.

Mandela8 has begun co-ordination of the project with Granby Toxteth Development Trust to ensure volunteers will be delivering parcels to those in desperate need for support during the ongoing pandemic, particularly families and individuals from refugee and migrant communities.

Chair of Mandela8, Sonia Bassey said, “We’ve had a great response to the project so far but we need the support of the people of Liverpool to make sure we reach as many people as possible. 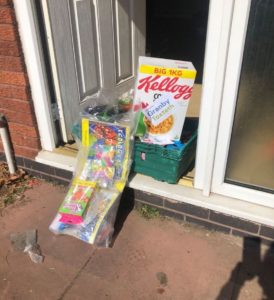 “The deliveries themselves will be at no cost to the project as it is a time of need and we want all resources to go into the food and hygiene parcels.”

As well as the food and hygiene packs, creative art packs will also be provided to young people in families that are supported.

The charity aims to deliver an initial 1,000 packs to those aged over 70 and with underlying health problems with another 3,600 people being identified as vulnerable and needing support.

“The Council are busy organising services to make sure the vulnerable are catered for but they can’t do this alone and need community and voluntary sector support”, continued Sonia.

An estimated 55,000 Liverpool families have been hit by a wave of government cutbacks to benefits and local services in recent years and child poverty has continued to rise since 2015.

The funds raised by Mandela8 would ensure pressure is lifted from staff already stretched in local authority services, build morale and add valuable resources to support our most vulnerable during isolation.

Anyone wanting to donate to the crowdfunder can do so via the Liverpool Covid-19 Community Support page on Spacehive.